I moved to New York City when I was 14, and the harsh reality of American fashion hit me hard. My father warned me that I would be living in “a country of dogs.” Having grown up in the Sixth Arrondissement of Paris, with its Bon Marché department store, Art Deco Hermès outpost, and abundant “dépôt-ventes” (secondhand shops), I wondered why Americans dressed as unrefined caricatures of themselves. Although the old-money elders of the Upper East Side dressed—well, if not well, then at least expensively—I kept seeing people my age in hoodies, Yeezys, and Nike shorts.

Despite some notable expectations, the same basic philosophy is in evidence at Yale. Although I too am guilty of dressing in comfortable clothes when the temperature drops, I yearn for the scarves, perfumes, and narrowly tailored clothes that I grew up with. And although I love my American friends, I will nonetheless carry on the very real tradition of French arrogance. With this in mind, I hope it’s clear that the praise of this arrogant international student actually means a good deal! As terrible as the Frenchman may seem, he is really only here to compliment fellow Yalies and their attire. Thus I present to you, dear Herald reader, bright spots of chic dressing in a campus of gray sweatpants and hoodies. 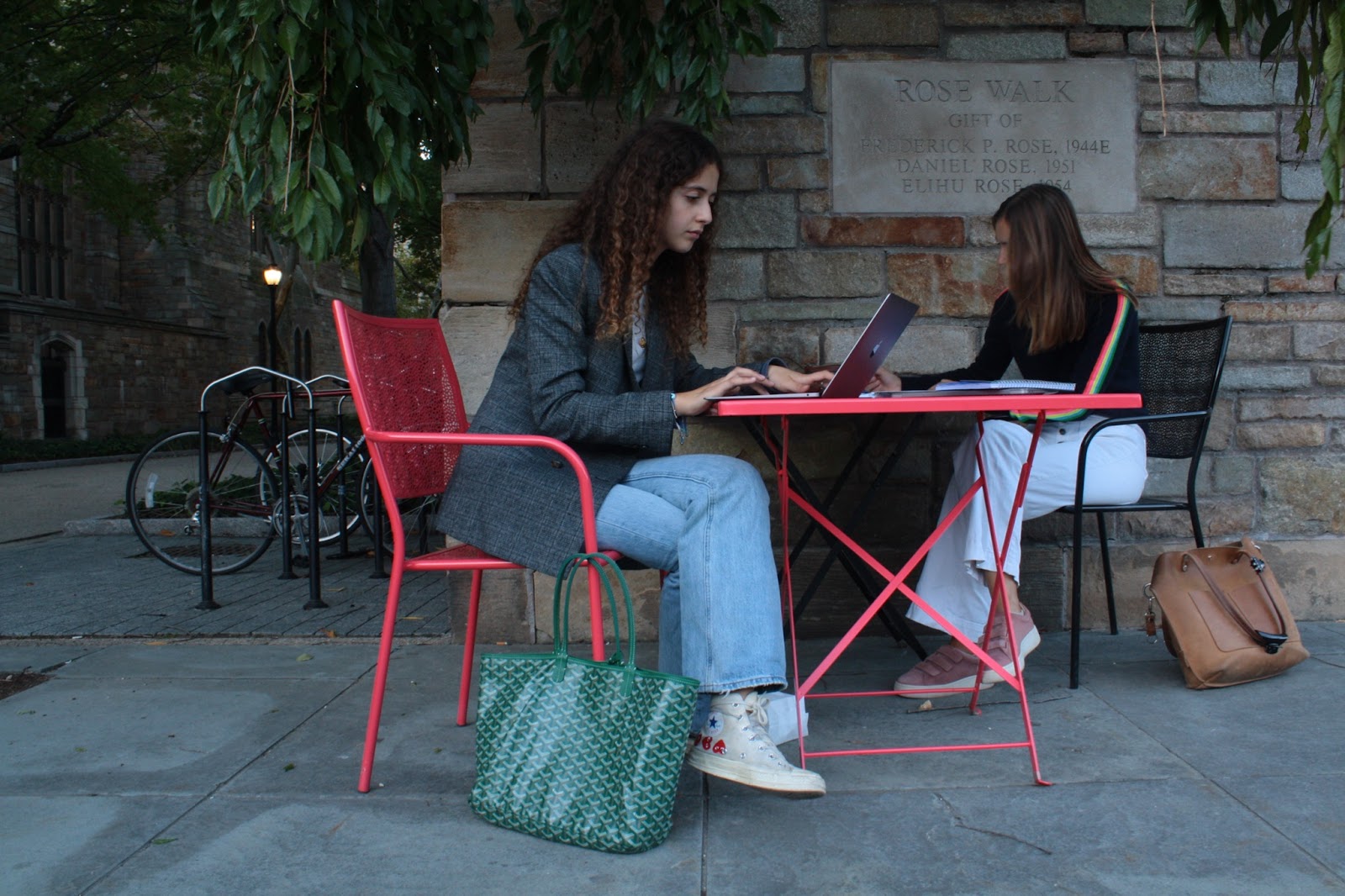 Despite the obvious bias underlying my choice of a fellow Frenchman (or woman, as it were), the subtle good taste demonstrated by Anna Kaloustian (GH ’26)’s outfit is undeniable.  From the fine texture of the gray blazer to the ever-so-slightly wide-legged jeans and the iconic green Goyard purse, everything comes together to create a look one could spot strolling down Boulevard Raspail. 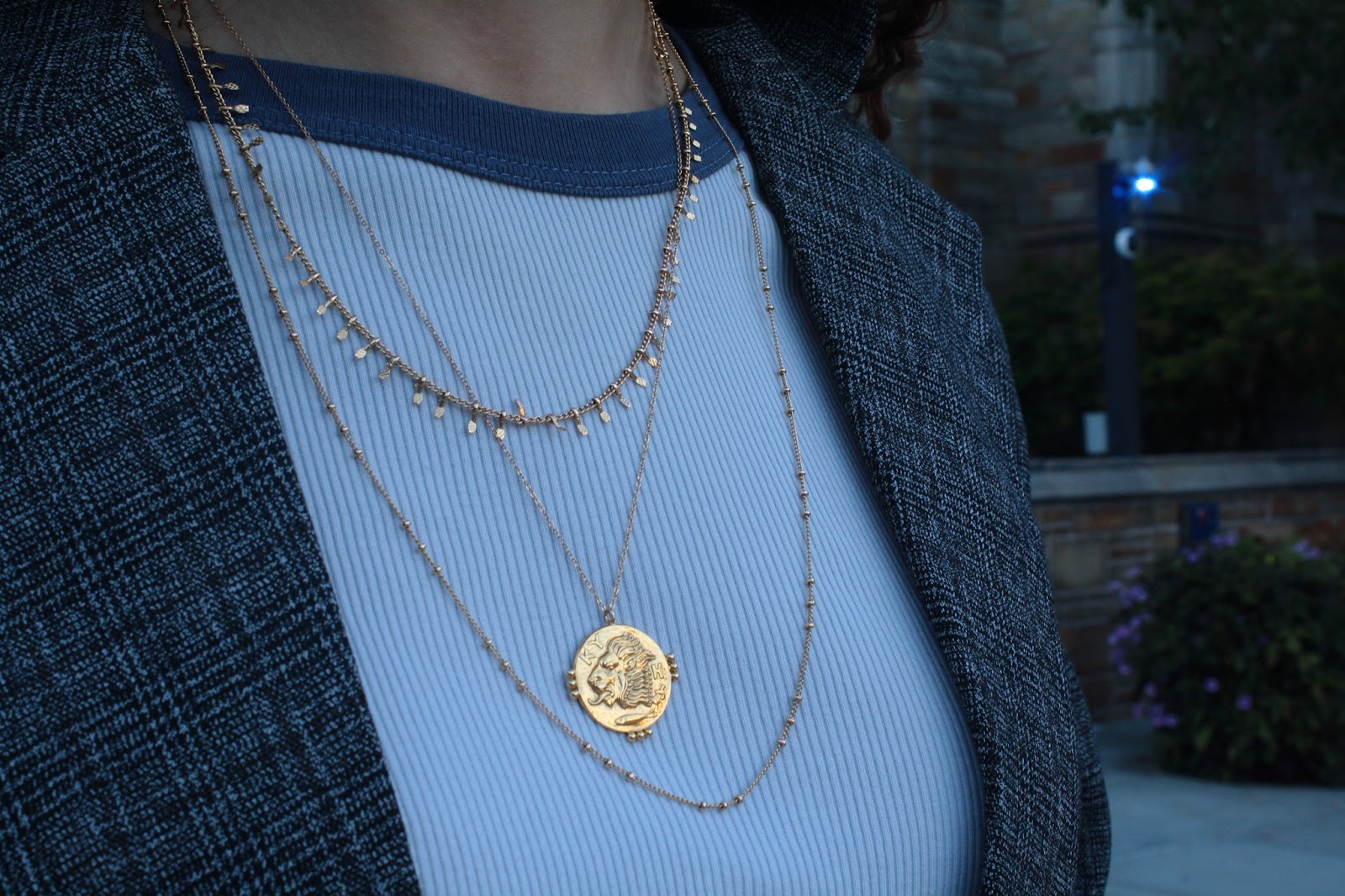 Anna identified the necklaces she bought with her mother at the Bon Marches as her personal favorite element of her outfit. . Shea layers them on top of her long-sleeved top to remind herself of home.

Ignoring my mother’s blunt critique of my artistic abilities, this semester I enrolled in Yale’s Basic Drawing class. Despite being surrounded by students who are many times more gifted than I am, I always find a simple pleasure in seeing the attire my professor and his TF Jonathan Herrera Soto (ART ’23) come to class in. Jonathan’s outfit, spotted on the corner of York and Elm, is particularly compelling for one reason: its simplicity. Though its composite parts are straightforward—some thrifted pants, a vintage t-shirt, and a pair of beaten-up New Balances—the way they all work together is noteworthy.

The influence of workwear and the rising popularity of New Balance (now with collabs between NB and Kith, JJJJound and Aimé Leon Dore—they’re much more than just your grandpa’s house shoes!) are evident in this appealing outfit. The cut and the cropped length of the pants are trademarks of Jonathan’s style, and the understated earth tones make clear the intentionality of the ensemble. 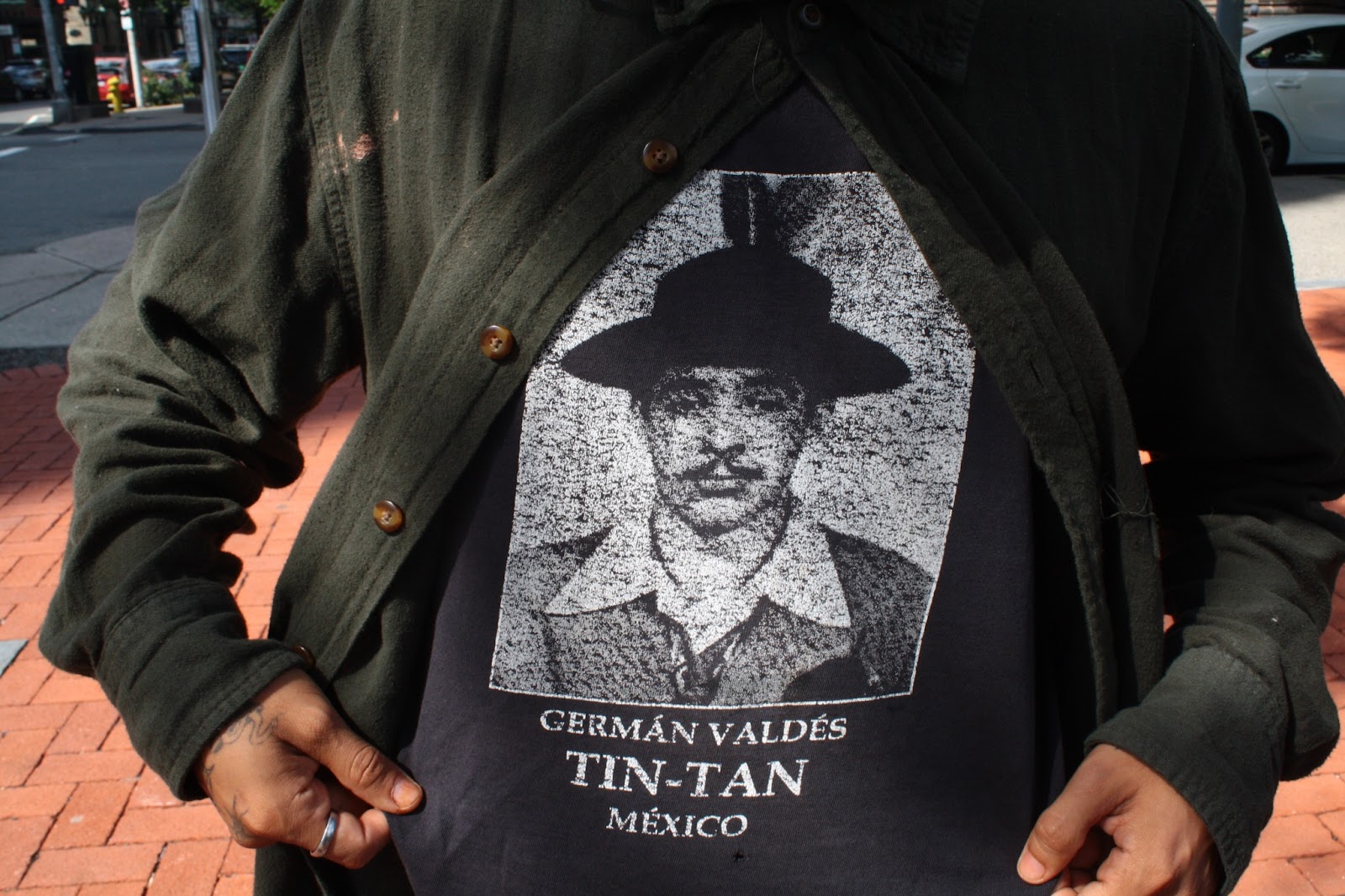 When asked what piece meant the most to him, Jonathan immediately pointed out the Tin-Tan t-shirt, a gift from his sister15 years ago. Jonathan proudly showed off a hole right below the “O”— or even because of—this flaw, it’s one of his favorite pieces.

Standing in stark contrast to the restraint on display in Jonathan’s outfit, Jools Fu (PC ’25) caught my eye in the Branford dining hall. The Raf Simons work jacket, chunky derbies, Kangol cap and wide pants all came together in a strong statement against muted clothing. The black garments  allow the turquoise nails and patterned turtleneck to pop. Upon further inspection, it’s obvious that the Marine Serre long sleeve is the centerpiece of it all, adding a much-needed touch of color.

Cruising on my ridiculous scooter, I saw from afar Alan Lin SY ’24. Immediately, I was intrigued. I approached him. I pestered him. I took some photos of him. Our conversation drifted from his work as a photo editor at WYBC to his favorite piece of his outfit: the thrifted denim skirt he got at a thrift store in Montreal. Alan layers his Dickies work shirt over a ribbed tank top. Once again, the bright pop of the cracked nail polish brings a welcome touch of color. Finally, the dress shoes, also thrifted, bring some chic elegance to the mix.

Although I believe my disdain—nay, disgust—for American fashion has been made quite apparent, I have good news! For you, my dear and loyal Herald reader, I will continue to update you about bright spots of sartorial sensibility on the Yale campus. Until then, I will continue to silently judge and stare at your sweats.

What We Find in the Archives

This Sickness Will Not End in Death: A Diary