When it came to the great breakfast debate—pancakes versus waffles—Connecticut colonists were wafflers through and through. They would routinely plunk their 11-pound waffle irons in the fireplace, fish them out when they were appropriately toasty, fill each grid of floral imprinted squares with batter, and manually clamp the handles. Don’t believe me? See it for yourself at the Henry Whitfield State Museum, a hidden gem full of quirky colonial artifacts.

The museum, nestled between residential streets in Guilford, Connecticut, lies just beyond the quaint New England seaside town. After wandering Guilford’s picturesque green, sniffing handcrafted spice blends, and soaking up the enchantment of the local chocolatier, visitors walk just ten minutes and arrive at the museum. The grounds consist of a visitor center, an education center, and the Whitfield House, constructed by a group of English Puritans in 1639. The House holds the titles of oldest house in Connecticut and oldest stone house in all of New England, making it a unique vestige of colonial life.

“Visitors often remark to us about how they’ve been struck when first seeing the stone house set back on the rise of its sprawling lawn,” Museum Curator Michelle Parrish wrote to the Herald. This awe stems from the contrast of its antique aesthetic with a contemporary suburban neighborhood.

Even more striking is the museum’s interior, a treasure trove of colonial relics and recreations. Stepping inside, visitors enter an interactive realm of tactile history. A self-guided tour winds through the three floors, starting at the Hall Chamber. Once the Whitfield’s parlor, the small room now houses an informational exhibit that explains the history of the building through photos and letters.

Next is the Great Hall, featuring two ten-foot fireplaces, Betty lamps, a butter churner, the prized colonial waffle maker, and various vases and vessels, as well as armchairs, tables, and benches. A must-see is the antique foot-warming device known as a foot stove. Colonists would scoop burning embers into this surreptitious tin box and rest their feet on top of its wooden frame. Conveniently portable, colonists often toted foot stoves to meeting houses or schools in the winter.

While these objects are not exclusive to the Whitfields, the museum has collected them since its opening in 1899, and many of them are tied to Guilford history. Together, the collection of objects paints a vivid portrait of what life might have been like nearly 400 years ago.

The second floor contains mock child and adult bedrooms as well as a study, while the third floor boasts a plethora of clustered eccentricities. On the northern wall, there is a Revolutionary War display with uniform mock-ups, flintlock muskets, and a medical officer bag. Across the room, an arrangement of spinning wheels and 17th-century corsets give a taste of 17th-century fashion. There is even a transportation station with side saddles and sleigh bells that horses used to wear on snowy days tucked in the eastern corridor.

The work historical preservationists have done to restore and maintain the Henry Whitefield house is stunning. Michelle Parrish, a Whitfield employee and Guilford resident, reminds viewers through her curatorial efforts that learning about history doesn’t just have to be about memorizing strings of events; it can be an immersive journey through the daily life and technologies of earlier peoples.

However, the museum also succumbs to two major perils as it depicts colonial history: unilateralism and glorification. Merely walking into the Hall Chamber catapults a viewer into the central tension of the institution: how does one appreciate colonial history and aesthetic, or merely approach it with curiosity, while reckoning with its bloodied, exploitative history? Further, how does one applaud the historical preservation efforts of the 19th century Colonial Revival era that, as Parrish openly acknowledges, “celebrated and glorified European ethnocentricity and superiority”?

Currently, the museum fails to document the strife, exploitation, and brutality that characterized the Guilford colonists’ relationship with Native Americans. Instead, the museum chooses to perpetuate a narrative of sugar-scrubbed diplomacy. In the entire three-floor museum, Native American history is circumscribed within a three-foot by three-foot wall space dedicated to “the first settlers.” The display features three pictorial signatures—each from leaders of the Menunkatuck, Niantic, and Mohegan tribes—that represent land treaties between colonists and natives.

The museum staff is aware of the one-sided story that the Whitfield House tells. According to Liz Shapiro, the Director of Arts, Preservation and Museums at the Connecticut Office of the Arts and State Historic Preservation Office, the balance between celebrating colonial culture and acknowledging its oppressive history is an active “work in progress” at the museum.

“The Henry Whitfield Museum is working through the process of dismantling the history of the museum as presented only from the perspective of the colonizers,” Shapiro wrote.

Parrish elaborated on this matter, stating, “Since the very existence of the house and the museum in essence celebrates colonial culture, we’re working to make sure that the museum interpretation—through exhibits, programs, staff, and volunteers—puts it in perspective and tells a more complete story.”

Parrish plans to introduce new programming, revise old exhibits, initiate new archeological projects, and partner with marginalized communities. Currently, the museum is a member of the International Coalition of Sites of Conscience, an organization that works to help historic sites avoid erasure and embrace honest storytelling that evokes humanity and justice.

According to the Coalition, members “are receiving training to expand the stories their sites share in evermore inclusive and meaningful ways, whether through their institutional policies, collections, and/or programming.”

While these new programs and partnerships warrant hope for constructing a more meaningful and balanced narrative at the Whitfield Museum, they also yield rising costs. Conveniently, the museum received half a million dollars from the semiquincentennial grant of the National Park Service Historic Preservation Fund this past fall, some of which will go toward these reforms.

“National parks and NPS programs serve to tell authentic and complete history, provide opportunities for exploring the legacies that impact us today, and contribute to healing and understanding,” said NPS Director, Chuck Sams, in a press release.

While it is both compelling and peculiar to meander through creaking wooden rooms and read captions about how colonists warmed their bedsheets during Connecticut winters, it is a far cry from an authentic and healing portrayal of colonialism. The influx of national funding and the museum staff’s self-recognition has the potential to inspire tangible change.

Curators are open to reform; Shapiro even expressed her desire for Yale students to visit the museum and provide feedback on “what they think the museum could be in the future.” With The Henry Whitfield State House being just a $3.25 Shoreline East rail ticket away, Yale students have the unique opportunity to help shape how the house tells the story of a multifaceted and collective past.

“The evolution of the Whitfield House over the course of nearly four centuries—from its initial construction to its transformation into a museum—brings history to life like few other places,” Parrish wrote. “Visitors can experience how history itself is not static and evolves over time.”

If history is not bound to a realm of stasis, then perhaps this time, it can move in the right direction. 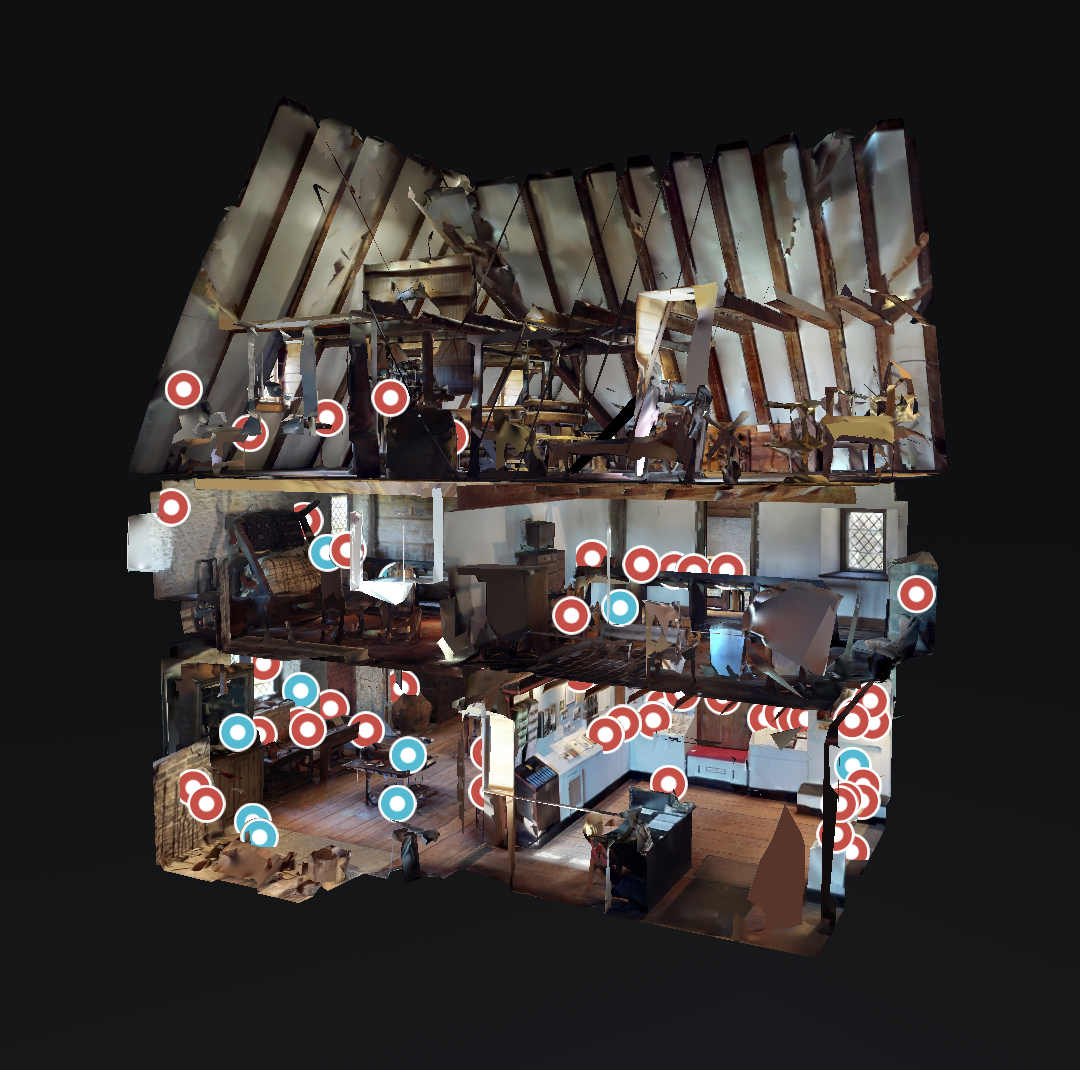 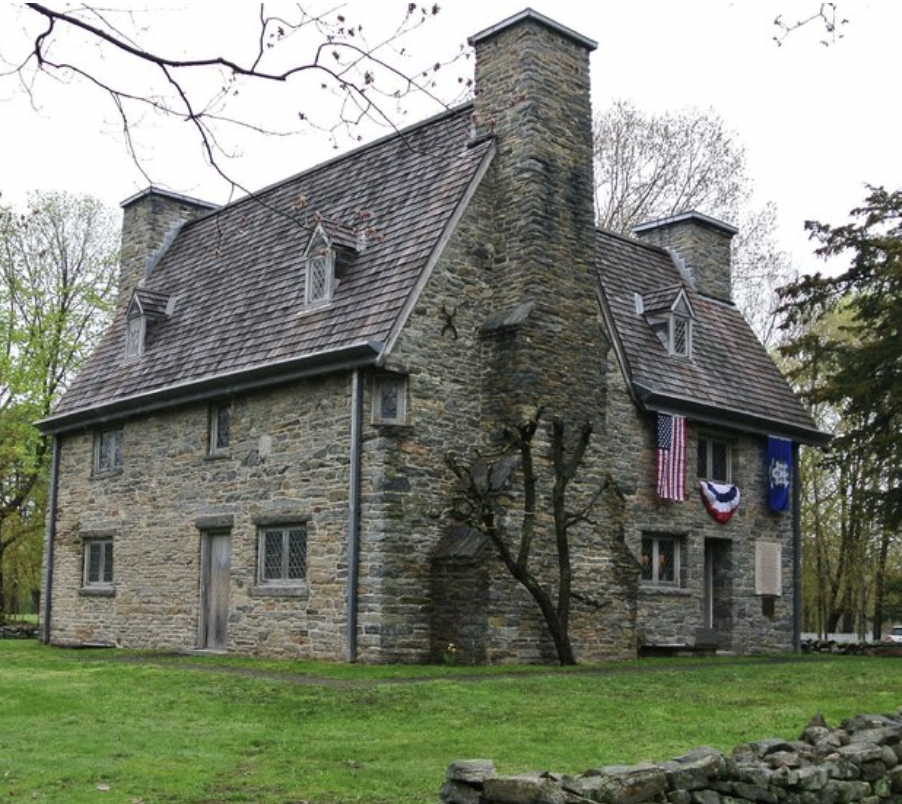 Peeling Back the Layers of Glass Onion